I attended a session with an experienced enterpreneur yesterday. 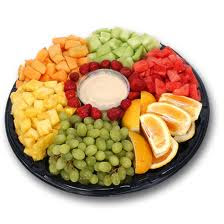 There were a lot of things that we shared and I found that the most interesting part is when I realised that I myself always in difficult situation when people always ‘pre-judge’ me!

Now, that I know, to enjoy life better, STOP pre-judging the people around you and be positive.
END_OF_DOCUMENT_TOKEN_TO_BE_REPLACED

Once I’ve said to my life partner:

“Be my man, don’t make me your man!” I laughed after saying that, when I saw a big grin on his face. 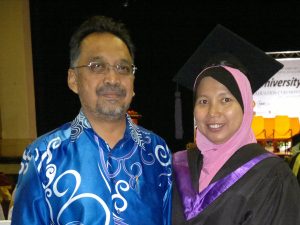 Well, nowadays it seems to be normal that ladies are out to work. Though there are a big group of mothers who devote themselves to be as  housewife, we still see the women are contributing big percentage in the industry.

It becomes a new challenge in this millenium for mothers to handle and be not only mother to their children, and a wife to a husband but they are also a boss to a group of staff and even a worker to a number of bosses. Balancing life becomes more challenging.

END_OF_DOCUMENT_TOKEN_TO_BE_REPLACED

“When you’re having a bad day, no one should know about it. Suck it up and bear it. Don’t wear it on your sleeve or share it.”

A manager at a seminar approached me during a break and told me that he disagreed with my statement that it is unwise for a leader to discuss personal problems with followers. He remarked that he did it frequently because it helped him build rapport and it showed his team that he was a real person just like they were.

I suggested that what he was doing was irresponsible because it would distract his people by taking their eyes of their jobs and putting them on his problem. Furthermore, I remarked that this practice would diminish his credibility and cheapen his presence as a manager. I told him that as harsh at it may sound  I was fairly certain that 90% of his people didn’t care about his problems and the other 10% were glad he had them, so there were little to gain by publicly discussing them!

I am reading this book again and again. This is actually my 3rd time reading it!

It is like a remedy as I go through the pages, word by word. I wanted to share specifically this portion which you could find it in the book on page 39.
(I bought the book at MPH bookstore early this year).

Actually, it is true that we have to keep our personal problems to ourselves to be better leader.

However, being human we always need someone to talk to and discuss things.

Personally, I am trying my best to keep reminding myself, not to burden my follower with my personal problems and to let them focus on the responsibility in the company by not knowing any of their personal problems too!

Regardless of what I’ve tried, I still need to share some and get to know some about their personal life.

NOT ALL, but just enough to get “the right button” to be pushed for each of my follower.

May ALLAH show me the best way, to be the best manager. For all of my friends too!

I remember when my sister told me that “When you are in Mecca, you will be truly yourself.”

As far as I remember, I am a person who always scared to do things and try new things. I always think what will happen and what am I going to do if certain thing happen.

Wow! That really stops me from doing most of the things that I should have done. 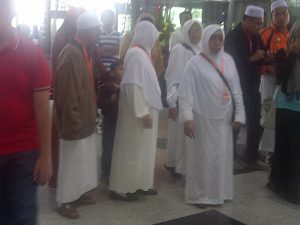 END_OF_DOCUMENT_TOKEN_TO_BE_REPLACED

Have you read the news in the newspaper recently? Have you got the time to watch the news on TV?

What do you feel when you read about babies being dumped almost every other day? You dare to view photos they posted online or on TV?

Personally, I don’t. I am not strong enough to see or even to imagine what could have happened to the babies. My experience delivering my four (4) children, with difference experiences make me wonder.

END_OF_DOCUMENT_TOKEN_TO_BE_REPLACED

I personally agree that personal image is very important and totally undertand the impact on a person’s achievement.

In any industry that we are in, we will be challenged to certain extend to have a consistent self image with the performance that we should reach and achieve.

For an instant, a salesman will need to have a personal image of a ‘sellable’ person. A teacher should potray an image of  a ‘teachable’ person.

However, there is a standard personal image that everyone should have. An image of a “MUSLIM”. These days, wether we like it or not, MUSLIMs especially ladies are being challenged with the ‘new world of fashion’. Fashion that sometime lead to something worst rather than good as expected.